Last year my friend Bob emailed me that he had met a man whose wife, Marge Malwitz, is also a collage artist who does work with similar themes to mine and who has a blog . Bob suggested I email her and after looking at her blog I did so. As I was scrolling through her website I noticed a picture of a woman I had met 2 years before on tour in Costa Rica, a tour sponsored by a Christian organization we support. Kathie Beattie, who is a dear friend of Marge is a fabulous wildlife/bird photographer and later sent me some of her closeup shots of hummingbirds. Wow. 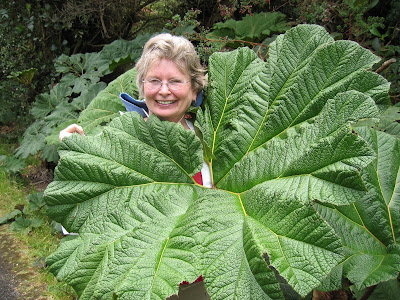 Kathie took this photo of me in Costa Rica 2006
Connections.Marge and I started corresponding and in one of her emails she mentioned that she and her husband would be in Portland at the end of January for a conference. I wrote back, asking if it was Missions Connexion NW. Yes! It was happening just 2 miles from my house. Marge came all the way from Connecticut to a church just 2 miles away.

I asked her to come over and play with me on Friday. Another yes. 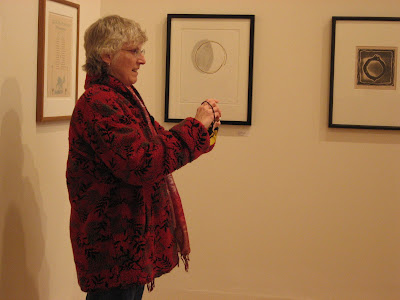 Marge and I had a wonderful day in my studio with lunch at the local Oregon College of Art and Crafts, and then the eight of us gathered for dinner and some of the most lively and enjoyable conversation. Neither of us thought to take pictures.

Now go to Marge’s story about visiting my studio here.

It’s a small world we live in where connections like this happen more often than I ever expected.

Email ThisBlogThis!Share to TwitterShare to FacebookShare to Pinterest
Labels: connections